When the Student is Ready Pt 2

My dear fellow seekers, I am so delighted you’re joining me this day.  I hope to bring some value to your time.


My last post started my story of the Teacher appearing for the Student.  I built the foundation for a poignant epiphany.  Shall we continue?


So, on the second day, our instructor was this hyper lady.  She had quite the background & had overcome a lot.  Let’s just say she comes from a point of authority.


A quick recap.  I’m part of the Peer Support Team at my work.  This year’s training was a 2-class presented by The Counseling Team International (TCTI).  Their headquarters are in San Bernardino, Ca. 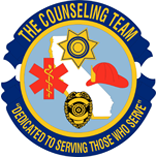 This was the Advanced Peer Support training.  Our first day was on Dealing with Depression & Suicide Situations.  Great stuff!


It was the second day that hit close to home for me &, I feel, opened the door to the amazing things that are happening to me now.


The subjects of the day were Difficult Debriefing, Posttraumatic Stress Disorder, EMDR & Peer Support Team Wellness.  All our previous trainings were for one on one meetings.  This was getting into the major stuff.  Peer Support groups from other agencies & counties will come to a Major Event.  A Major Event would be something like 9/11 or a Columbine incident. 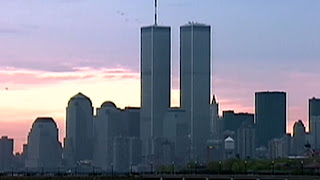 In San Bernardino, CA on 12/2/15, we had such a Major Event.  During an office holiday party, fourteen co-workers were shot & killed by a man who had worked with them for years & his wife.  They later died in a hail of bullets by a confederation of Law Enforcement Personnel. 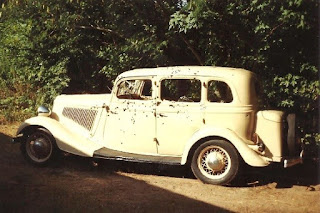 Immediately other cities, counties & states were calling San Bernardino & offering assistance.   Some of that assistance was provided by Peer Support.  Every surviving witness at the scene, every responder, every 911 dispatcher was called in for debriefings with Peer Supporters present.


Sometimes these can be difficult & an experienced Leader needs to know how to provide a safe environment.  I’m not quite ready to sit in on a debriefing.


Then we got into PTSD.  We’ve all heard about it.  It’s the latest buzzword for a disorder that has been around as long as man’s inhumanity to man has been played out.  It has long been only thought of as a soldier’s issue.  The battlefield has long been the site of things that should not be, but are. 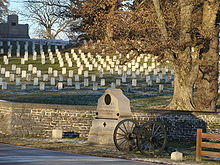 But did you ever think about the scene a fireman is likely to roll up on?  How about the likelihood of what a cop is to see on his shift?  And the 911 Dispatcher who takes the call?  Makes sense doesn’t it, that they could develop a level of PTSD over a period of time. 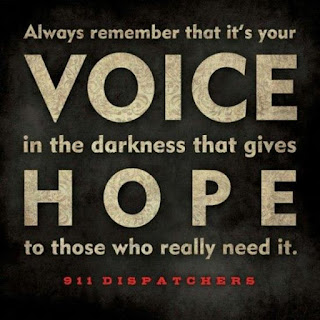 Then we started talking about why Peer Support was thought to be useful for the District Attorney Office.  We are not First Responders.  We were not there in that high-tension time, attempting to make sense of what was assaulting our senses.  We were not there dealing with the people during one of the worst moments of their life.


What we do is take the events, the facts of the incidents & we read them, over & over.  The Deputy District Attorneys poring over those reports, searing those incidents & images into their brain.

Studying  them from all sides so they can then brand  them into the minds of jurors, seeking justice.

The clerical  staff prepares forms, at times needing to read the file for understanding.  But they are also saturated in hearing the DDAs talking about the cases.  They have a tendency to bounce ideas off their clerical staff.


The Bureau of Investigation (my unit) is comprised of Investigators (Sworn Law Enforcement) Investigative Technicians (deal with audio/video/photos stuff) &, of course, the indispensable clerical staff.  Each of us, in our own way, is deluged in it every day.


Then there are the Victim Advocates.  These wonderful ladies (men are rare in this unit) live with the facts of the case every time there’s a hearing.  (These are the felony cases to which I’m referring.)  They sit with victims & witnesses every time.  They are enmeshed in the emotional side of it, sometimes over a period of years.


Bottom line, we are at risk for accumulation PTSD.  Some fill up sooner than others.  Some it doesn’t seem to ever bother.  Or maybe they just have better coping skills.


That last one is where I’m at now.  I’ve been doing this for right around 20 years.  Same duties.  Same stories, same photos.


In the beginning we would take the photographs, stick loops on the backs & hooks on a poster board.  These boards would go into court with the DDA.  Point was to be able to take a photo off the board to pass among the jurors & then return it to it place on the board.


I submerged myself in it.  There really wasn’t much that disturbed me back then.  Actually, it still doesn’t, but now I’m overflowing.  It never seems to stop.  In fact, it seems to be getting worse.


I used to feel that, in my position, I was making a difference.  And I was & still am, but not the way I thought.  I have emails, cards, letters & the spoken word where I made a difference to one person at a time.  But I feel like it’s not enough, like I’m not enough.  Like what I do should be stopping crime.  Or at least slowing it down.  And, of course, it isn’t.


The next subject was EMDR.  That’s Eye Movement Desensitization & Reprocessing.  The theory behind EMDR is that negative life experiences have upset the biochemical balance of the brain.  EMDR is a form of accelerated information processing that may unlock the brain’s information processing system.  It’s controversial, but there are success stories.  Here’s a link to one article, http://www.emdr.com/what-is-emdr/, if you wish to learn more.


The end of the day we discussed Peer Support Team Wellness.  We were reminded that it’s ok to step down from the team when we feel over whelmed, we can always come back.  Reminded we must protect our own emotional health or it will reflect in how we provide Peer Support to those in need.


Oh, my, I see I have gone over yet again.  I didn’t realize this was going to go for so long.  My apologies, but I do pray you join me on Part 3.  I promise to have it wrapped up then.


Safe travels my friends & until we meet again, Be Blessed.